Change. Or rather: managing change. I always get a little nervous when the topic pops up. Especially because I do not like change that much myself at all. I am a creature of habit with a preference for routine. And that starts first thing in the morning: every morning I have a soft boiled egg for breakfast. Boiled for exactly 5 minutes (no more, no less). That is my protocol for starting the day.

But those eggs do not always stick to my protocol. With the following result: 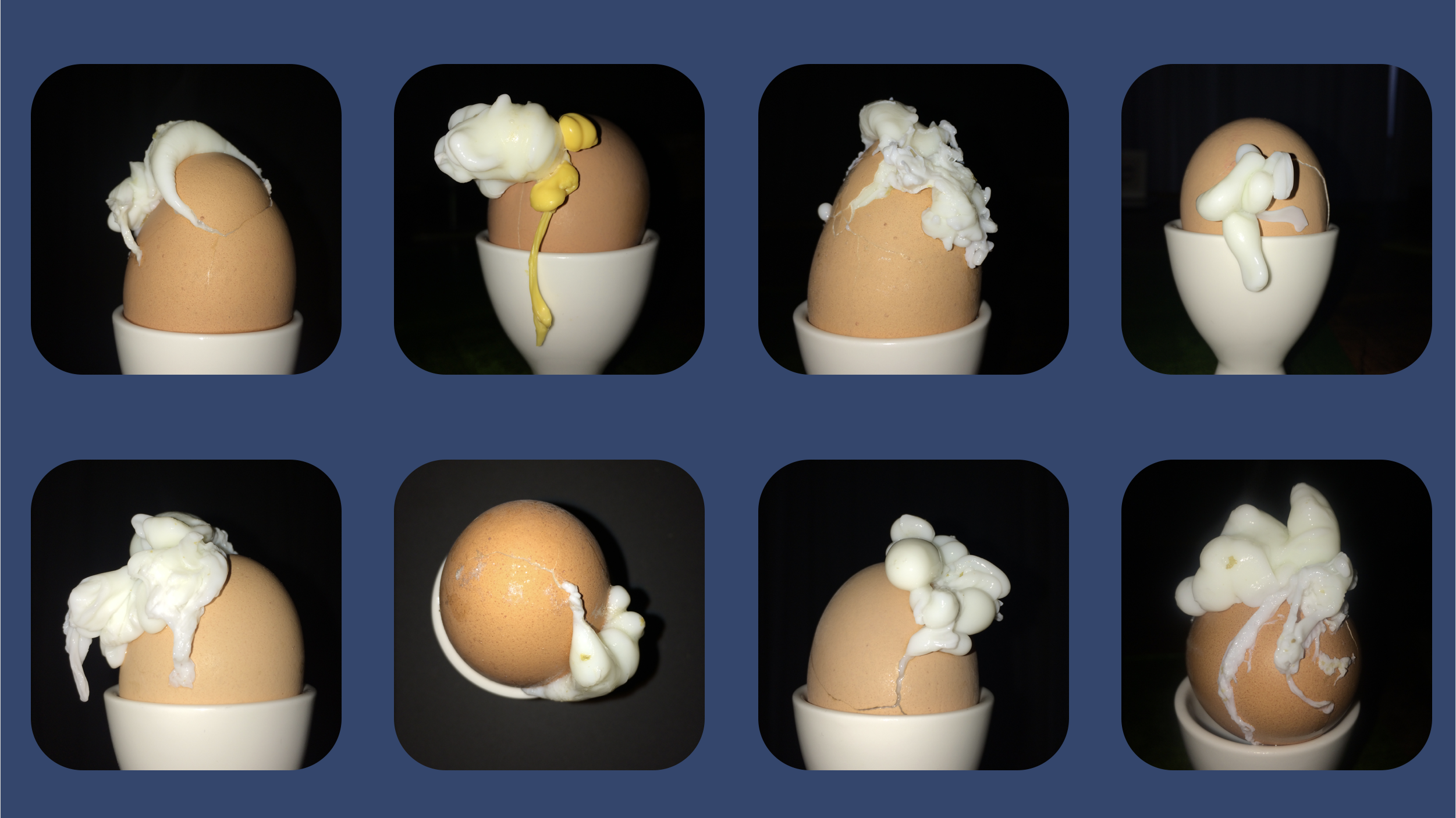 A selection of cracked eggs

On some days my morning kicks off with an egg that cracks when put in the pan with boiling water: a cracked egg. Those eggs clearly follow their own protocol. And they confront me with a change to my morning routine. Incidentally, it somehow shouldn’t surprise me that my eggs occasionally crack: the box says they are free-range eggs.

I must confess that such a cracked egg makes me pretty grumpy. A cracked egg is less tasty than a perfectly soft boiled egg. A cracked egg often is only half an egg. And it is always comes as a surprise. I have no control over it. And for someone who likes routine, nothing is more upsetting than a surprise and having no control.

And yet. I admit I secretly like my cracked eggs as well. Of course I started photographing them. Because often I did not have breakfast with just any cracked egg, but with Elvis. Or a man with a funny nose. Or a spider or a lion. And once, I think, I was sitting at the breakfast table with a well-known Dutch politician. My collection has even been published in Dutch newspaper Het Parool (around Easter) and has its own Instagram account (@vrijeuitloopeieren).

So, change. Or rather: managing change. Apparently, this is complicated. Especially in the work environment. Many books have been written about this topic: change management. You can study the topic at universities and colleges. Or hire change consultants (like me).

One of the most referenced models – based on the grief curve of psychiatrist Elisabeth Kübler Ross – in the change management literature is this one, the so-called change curve: 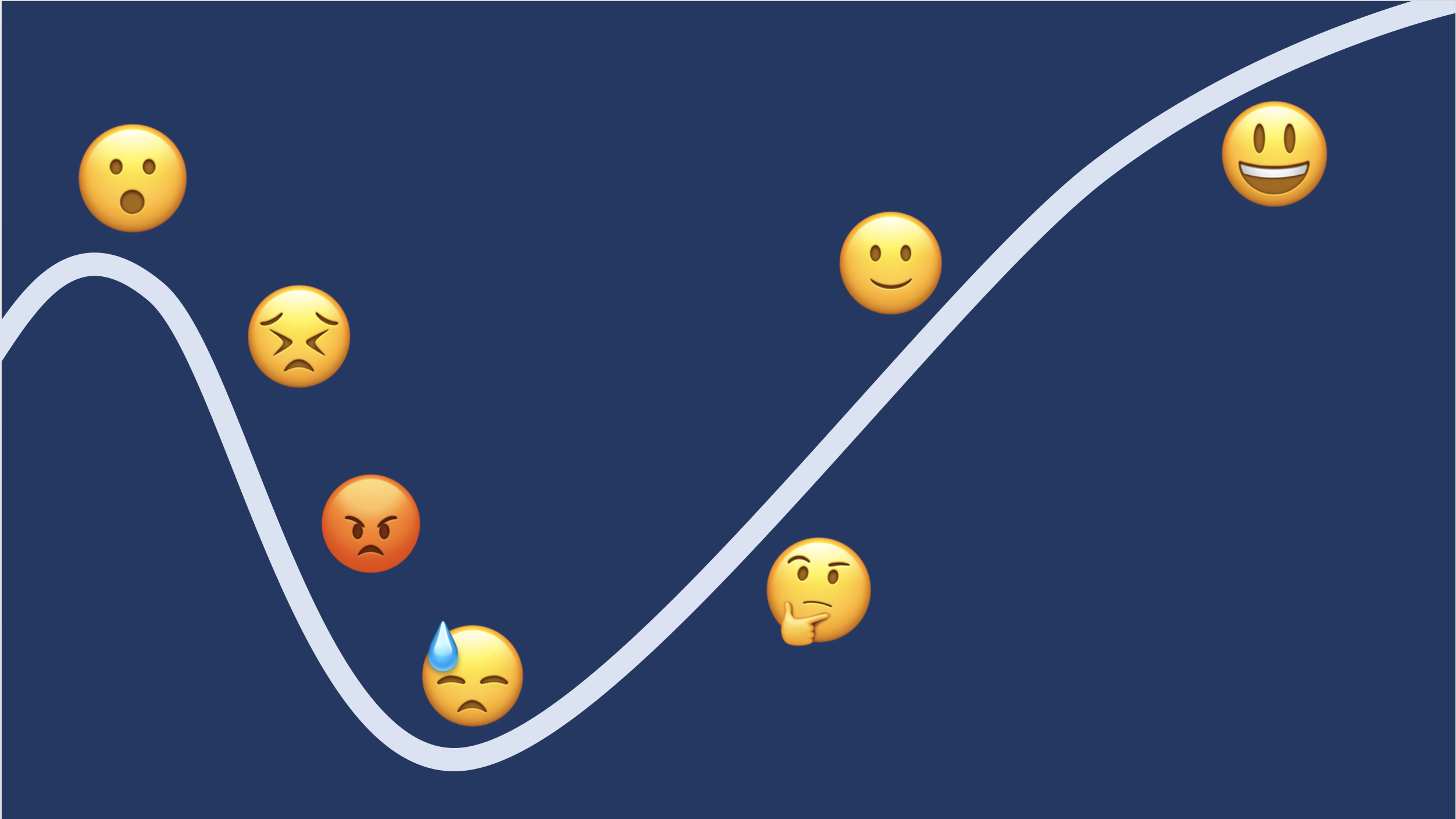 This model explains the phases you go through when confronted with change. And the (specific) order of the phases.

In other words, this model explains my mood swings when I see my cracked egg. According to this change curve I am first in shock, I am in denial, I get angry and frustrated, and then sad. At that point I even run the risk of depression. In short, not a good start to a brand new day.

But then slowly acceptance sets in, I crack a smile, I get my camera and take a picture. And I end my breakfast in a joyful mood: I publish the picture immediately on Instagram, and hey, other people like my cracked egg too!

Yes, in the case of my cracked eggs, this change curve model is spot on.

The change management books teach us that when initiating change, you have to be aware that everyone who will undergo this change will go through these phases. In that order. And that the phase they are in defines how you can support them in dealing with the change.

A very good model indeed. However, I regularly also encounter this curve:

Don’t we all have these ideas from time to time we are very enthusiastic about? For instance: we would like a new sofa for the living room. Let’s finally get rid of that old piece of junk only appreciated by the cat! Something new that will make our living room look brand new. A change!  And what does a large part of the population (at least here in The Netherlands) do when they want to buy a new sofa?

They go to IKEA.

I don’t know about you, but for me this IKEA change curve always ends – one way or another – with: I wish I never would have had this idea in the first place! That old sofa easily could have lasted another 10 years!

I have also regularly experienced the IKEA change curve in the work environment.

There is this idea for a new system. The system that will make all other systems superfluous. The system of systems that our customers will not be able to do without. That will make the lives of our customers and ourselves a thousand times easier. A great idea! In short, everybody is enthusiastic and we get to work.

Then it all turns out to be slightly more complicated than expected. The system is getting more complex (and more expensive). The ideas prove difficult to implement. Not everyone is equally enthusiastic anymore. It takes longer and longer for the system to be built. We get frustrated. And once finally ready it appears that our customers have moved on to a competitor’s system already some time ago.

If only we never had this idea!

So in my opinion the IKEA curve is also a change curve. But that’s not how I’ve ever seen it described in the management books.

And I’m not even talking about the change curves that neither resemble the Kübler-Ross curve or the IKEA curve. The ones that look more like this: 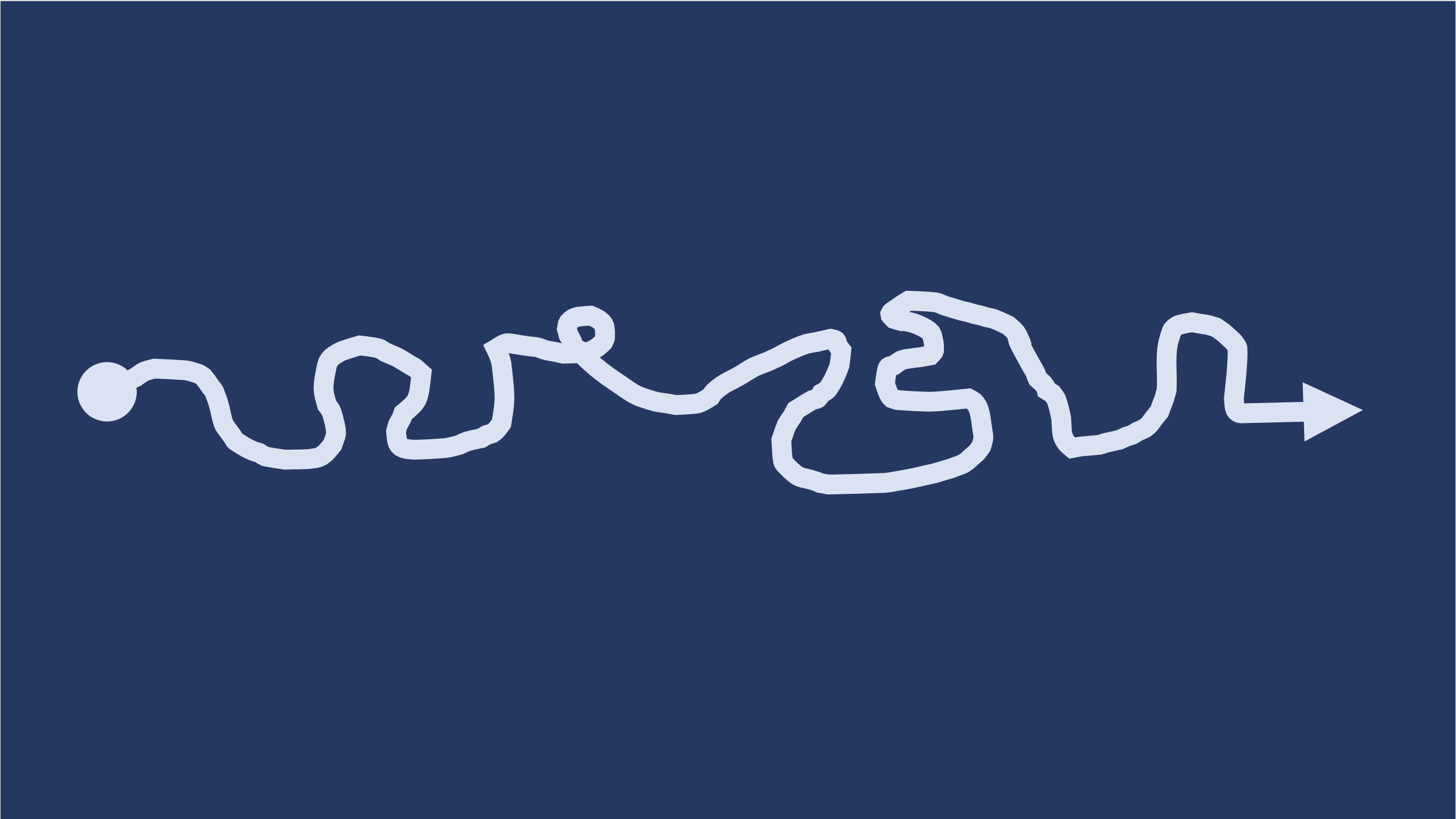 The ones that don’t stick to any phased and structured model. All moods and reactions from angry to sad to happy may occur. But not necessarily in a fixed order. And certainly not in a straight line.

And that brings me to the only sensible thing that I – after all these years of managing change and change consultancy – can say about change:

“Change is about adjusting or getting used to a new situation that is different from the situation you were in before. Whether you initiate the change yourself or someone else does.

And if I were to write a change management book, this would be the core of my message. In fact, it would be my only message. I doubt that would make for a bestseller though. So I’ll stick to this article for now.