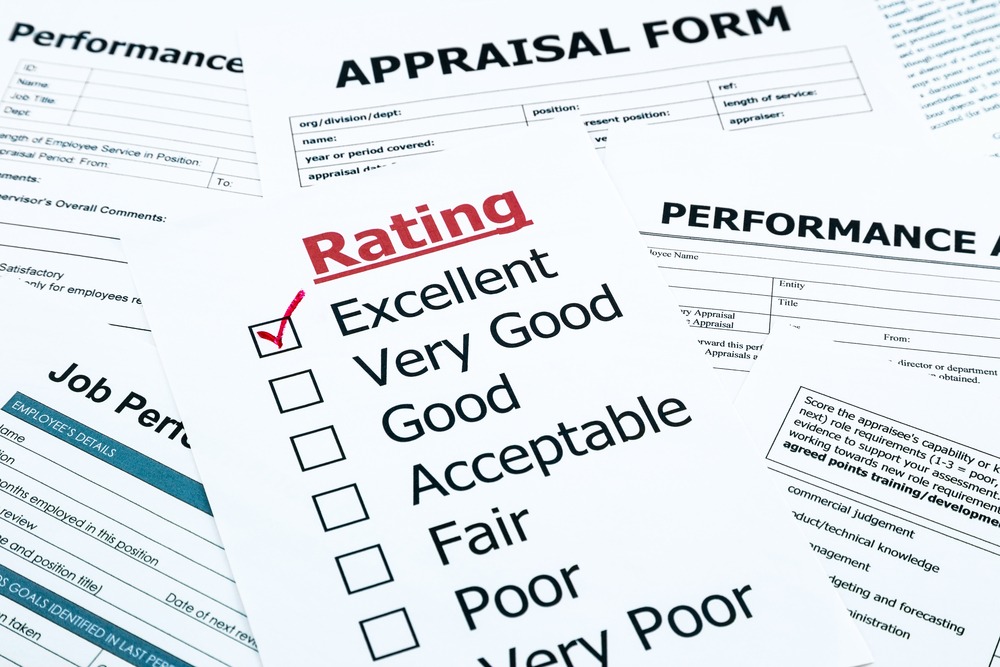 I originally wrote the blog post below in February 2016. Posts about performance reviews never seem to lose their relevance though, hence this repost (in English this time).

In a recent newspaper article the performance evaluation process that is so common in many companies was basically declared a thing of the past. Rightly or wrongly?

“Time-consuming” is often the complaint about the process of evaluation (how did it go?) and looking ahead (what will you do next year?). I once was manager of a department with 17 employees. The formal performance evaluation cycle consisted of one meeting for setting objectives, at least one progress conversation during the cycle (read: during the year), and one formal evaluation meeting. So I spent at least 17 x 3 meetings of one hour = 51 hours per year in a one-on-one conversation between myself, the manager, and the employee. That is slightly more than six eight-hour days. In a year. Quite frankly, written down like this I do not find that such an excessive amount of time.

As a manager I always found it useful to sit down with the employee for these performance cycle conversations and to be able to reflect – away from the hectic daily business. Things that were not normally discussed always seemed to pop up. Things that did not surface in regular team meetings, during that quick conversation at the coffee machine, in those can-I-just-quickly-ask-you-something-meetings or other work meetings (be it 1-to-1 or not). And as such the performance cycle meetings contributed a lot to the development and support of the employees by me as a manager. And wasn’t that what I was hired for? Spending six days per year on something that is part of my job actually does not seem a lot. On the contrary…

What was time-consuming and frustrating, was the bureaucracy surrounding the process. And especially the forms – online or otherwise. Forms that seemed to change from year to year, and seemed to require different content and information each year. Completing those forms always took way more time than the conversations themselves.

At another company I worked for the process even had an extra step. It took me a while to understand the rationale behind this. Not to mention the associated forms.

So as far as I am concerned those forms that accompany the formal performance evaluation cycle can be thrown in the trash bin immediately. But apparently there is (thankfully) some need for feedback, as number of alternatives is mentioned in the newspaper article.

There are organizations that already have switched to the we-have-a-continuous-conversation (WHACC) method or the we-evaluate-eachother-continuously (WEEC) method.

Great methods. But I do hope that open and honest feedback no matter what time of year was already common practice in these organizations before the abolition of the formal performance evaluation cycle? Ongoing feedback – between managers and employees, and amongst colleagues?

My proposal is therefore to (re)introduce the WHIAITPY & HHIETPY method – next to the WHACC and the WEEC method. This method involves: once a year, a conversation is held where manager and employee reflect on the past year. So that for instance patterns may be recognized and discussed. And the things that in hindsight really have proven to be important can be put in the proper perspective. All this using the following two simple questions:

The tool kit of this WHIAITPY & HHIETPY method contains only these two questions. Anyone who wants a form for this: feel free to create one yourself.

In addition to eating cookies, I also use cookies on my website to give you the most relevant experience by remembering your preferences and repeat visits. By clicking “Accept”, you consent to the use of ALL the cookies.
Cookie settingsACCEPT
Manage consent

This website uses cookies to improve your experience while you navigate through the website. Out of these, the cookies that are categorized as necessary are stored on your browser as they are essential for the working of basic functionalities of the website. I also use third-party cookies that help me analyze and understand how you use this website. These cookies will be stored in your browser only with your consent. You also have the option to opt-out of these cookies. But opting out of some of these cookies may affect your browsing experience.
Necessary Altijd ingeschakeld
Necessary cookies are absolutely essential for the website to function properly. This category only includes cookies that ensures basic functionalities and security features of the website. These cookies do not store any personal information.
Non-necessary
Any cookies that may not be particularly necessary for the website to function and is used specifically to collect user personal data via analytics, ads, other embedded contents are termed as non-necessary cookies. It is mandatory to procure user consent prior to running these cookies on your website.
OPSLAAN & ACCEPTEREN